This 1988 BMW M5 was refurbished over a period of several years by its previous owner and the seller, who acquired the car in 2017. The work reportedly included a repaint in black, refreshment of the black leather interior, an overhaul of the cylinder head for its 3.5-liter inline-six, and a rebuild of its five-speed manual transmission. Modifications consist of CAtuned coilovers, Style 5 wheels, and a cat-back exhaust system as well as Euro-style bumpers, side markers, turn indicators, and more. This E28 M5 shows 126k miles and is offered with recent records, a tool kit, stock wheels, refurbishment photos, a clean Carfax report, and a clean California title in the seller’s name. 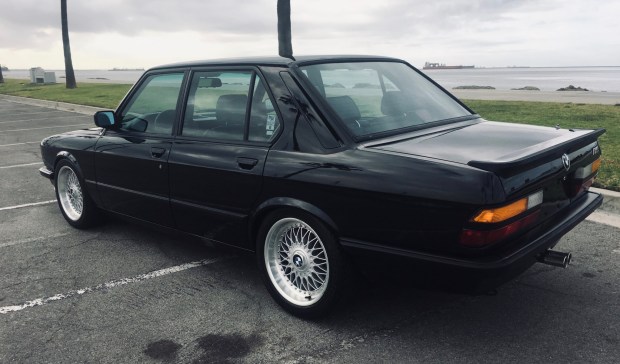 The exterior was refurbished between 2014 and 2015 with a glass-out repaint in its original black as well as a new rear window, moldings, kidney grilles, and weatherstripping. Exterior modifications include a Euro tail panel, steel valance, bumpers, turn indicators, side markers, fog lights, rubber headlight boots, and a chin spoiler. Chips are noted on the hood, rear spoiler, and fuel filler door as well as below the left taillight.

Polished 17″ Style 5 wheels wear Sonar Ultra Sport tires up front and Diamondback rubber at the rear. The stock wheels are included in the sale and wrapped in new Bridgestone rubber. Suspension modifications include CAtuned coilovers, new Pitman arms, and upgraded sway bars. The seller notes that the lower control arm ball joint boots are in need of replacement. Stainless steel brake lines have been installed. 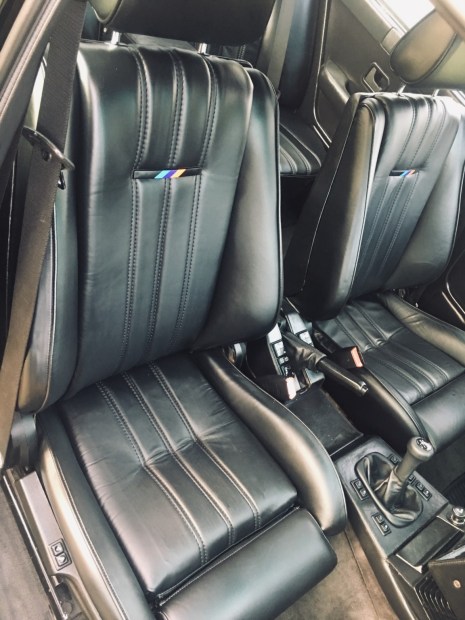 The interior features replacement black-dyed leather upholstery and emblems on the factory sport seats along with a replacement headliner, anthracite carpets, M-Tech 1 steering wheel, and dashboard. Other items replaced during the refurbishment include the shift knob and boot, seat and window switches, and rear headrests. 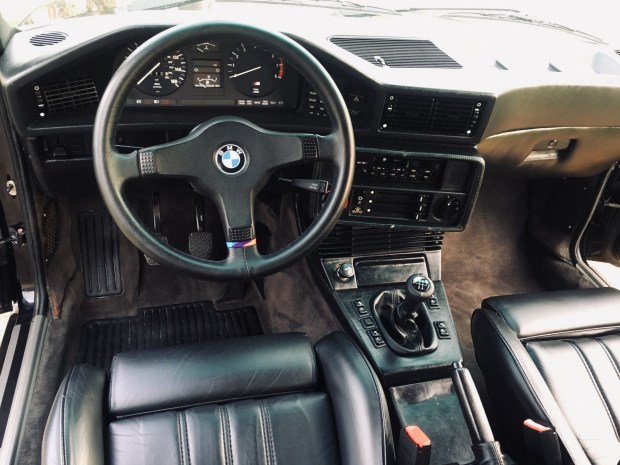 The refurbished gauge cluster includes a 160-mph speedometer and a tachometer with a 7k-rpm redline. The six-digit odometer shows 126k miles, approximately 2k of which were added by the seller. A power-operated sunroof is equipped, and a new air conditioning compressor and receiver drier have also been installed. 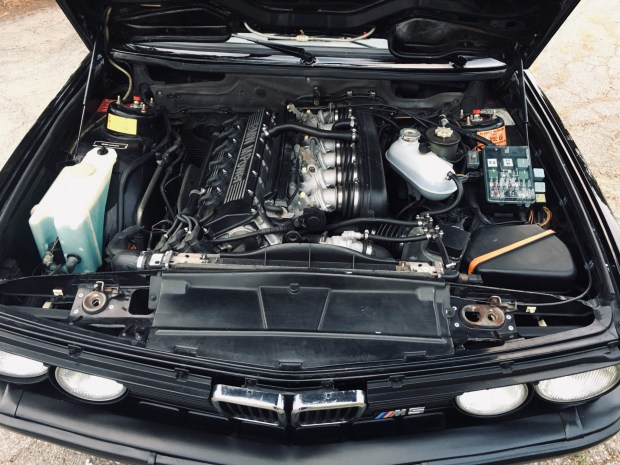 The 3.5-liter S38B35 inline-six reportedly received a cylinder head rebuild at Flying Wrench Motorsports of Kennesaw, Georgia as well as a refurbished ECU and fuel injectors. A new airflow meter and a rebuilt intake manifold, ignition system, and throttle housing assembly were fitted. The results of a recent compression test are provided in the gallery and show 185-195 psi across all cylinders. 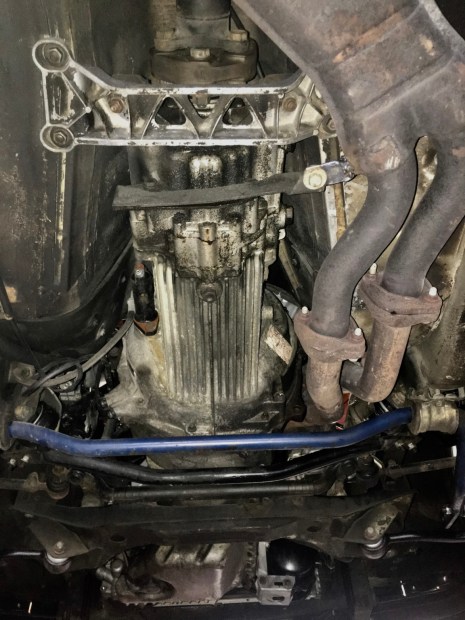 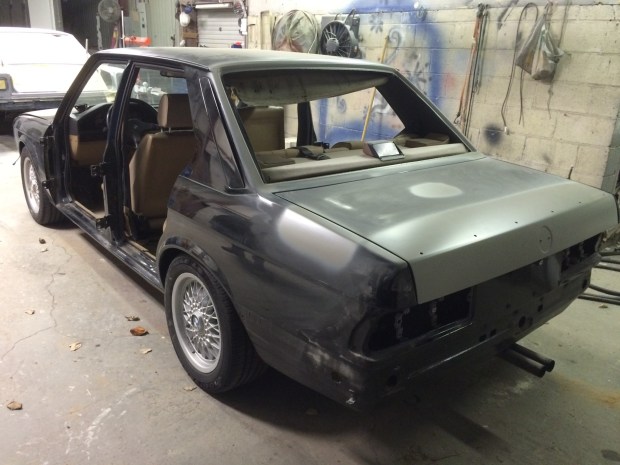 Photos showing the car in various stages of refurbishment are presented in the gallery below. 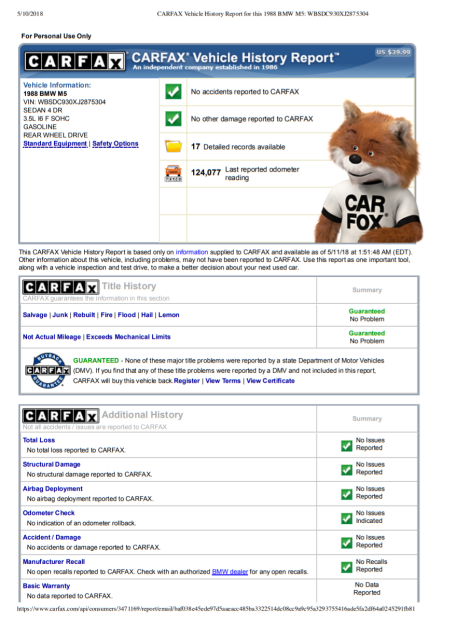 The Carfax report shows no accidents or other damage and lists registrations in North Dakota, Massachusetts, New Hampshire, Maryland, and California from 1991 to October 2017. Recent service records and a replacement tool kit are included in the sale.

There are no reviews yet.